Packaging restrictions are particularly important to tobacco producers in countries with comprehensive bans on advertising and promotion, such as Turkey. In these countries, the product’s package becomes the primary vehicle for communicating brand messages. Plain packaging generally includes unifying packaging between brands, thus undermining this vehicle.

Trend of stricter tobacco laws in Turkey over the last decade

Turkey’s tobacco market is already highly and strictly regulated. Turkey has progressively applied stricter rules for tobacco packaging and labelling since 2009. These include a ban on smoking inside, anti-brand stretching rules, as well as stricter advertising bans. Accordingly, commentators have long expected Turkey to introduce plain packaging rules, similar to manyEuropean countries.

The latest developments should not be a surprise to the sector. Rather, plain packaging has been mentioned several times, in the context of different projects. Indeed, plain packaging was one of the stated objectives in the 2015-2018 Action Plan on Control of Tobacco. Similarly, in November 2016, Health Minister Recep Akdağ stated that during 2017, Turkey would "introduce plain packaging where the brand of cigarettes will be almost invisible and sellers will be obliged to store the cigarettes in closed cases instead of transparent displays.

The new provisions for plain packaging are as follows:

• The packaging area dedicated to written and illustrated warnings increases from 65% to85%.

• All tobacco products must now be sold in unified packaging in terms of:

o Any other text or shape.

o Signs (such as logos) are no longer permitted on packaging.

• A trademark’s substantive wording can be placed on one side of the packaging but cannot exceed 5% of the side (this refers only to the trademark’s words, rather than any stylised logo).

• Tobacco products must now be sold in closed cabinets, to prevent people reaching or seeing them.

• The Ministry of Agriculture and Forestry will prepare detailed regulations regarding the issues above, taking the opinion of the Ministry of Health.

• All tobacco products manufactured or imported before 5 December 2018 must be bought in line with the changes by 5 July 2019. The Ministry of Agriculture and Forestry has the power to extend this period for a further six months.

Further information about plain packaging under Turkish law can be found here.

In general terms, plain packaging legislation for tobacco products around the world requires all tobacco packaging to be the same colour, with text being the same size and style. The intention is to prevent consumers becoming familiar with and recognizing tobacco brands, as well as decreasing competition and preventing promotion of tobacco companies via packaging.

Further detailed rules should be announced within one month, via regulations. The Ministryof Agriculture and Forestry will prepare and publish these regulations, on consultation with the Ministry of Health. Tobacco companies will receive a seven-month transition period(which can be extended by a further six months).

Since the detailed regulations are yet to be released, tobacco companies are somewhat leftin the dark at the moment as to the details of the new unified packages. Accordingly, it maybe difficult to start acting immediately to comply with the new provisions. Therefore, it is essential that the regulation is prepared and announced quickly and efficiently to ensure a smooth transition for tobacco companies. If the regulation is delayed beyond the contemplated timelines, the delay period will need to be added onto the seven-month transition period.

The primary objection to the new provisions in Turkey, as it is worldwide, is the breach of property rights. These are acknowledged as one of the fundamental rights, governed by the Turkish Constitution. Arguably, plain packaging hinders two the main functions of trademarks: promoting the product and indicating the product’s origin.

It can be argued that plain packaging rules negatively impact and limit property rights for trademarks, which are duly acknowledged and granted by the governmental authorities, by also injuring the security and stability of private enterprises’ operation. Moreover, it is argued that such provisions will increase illegal exports of tobacco products.

Critics also question the effectiveness of plain packaging. Recent research conducted by consultancy group, Europe Economics, shows the introduction of plain packaging has had no statistically significant impact on smoking prevalence in the United Kingdom, nor on consumption

Other countries, such as Australia, United Kingdom, France, Hungary, Ireland New Zealand, Norway and several others have already introduced plain packaging for tobacco products. Although there are serious objections from tobacco companies and legal actions filed by them (especially in United Kingdom and Australia), none of these objections seem tobe successful so far. Therefore, it seems plain packaging provisions are here to stay.


’you can read more /or full article at’ www.lexology.com 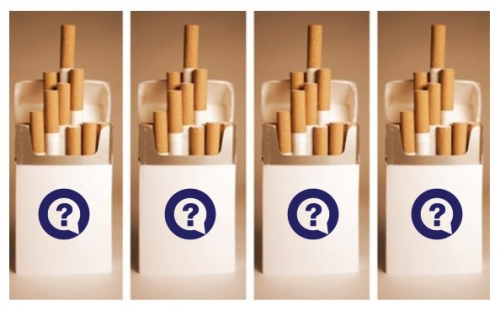